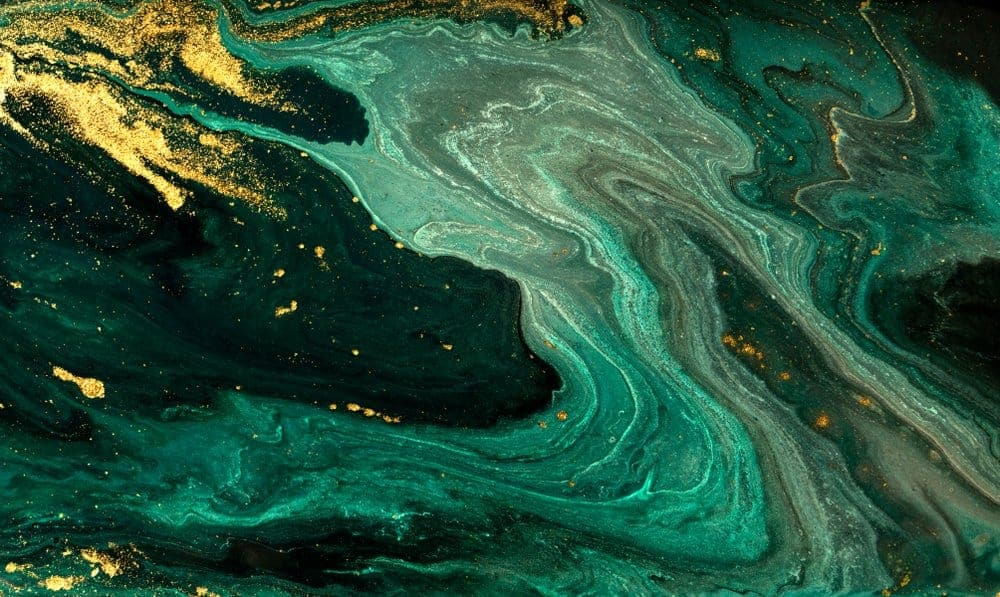 In the RGB colour paradigm, green is one of the primary colours (Aesthetic). It, like many other hues in the optical spectrum, can be associated with a variety of aesthetics.

Green is the visible spectrum colour that lies between blue and yellow. Chlorophyll, the molecule that plants need to photosynthesize and turn sunlight into chemical energy, is the most important contributor to green in nature. Many organisms have adapted to their green habitats by turning green in order to blend in. Several minerals are green in colour, including emerald, which is green due to its chromium content.

Green is a cold colour because its wavelengths are shorter. While our eyes must adjust to perceive longer wavelength colours, they do not need to adjust at all to see cool hues such as green.

Green is frequently used to represent nature and the natural world. It is supposed to symbolise peace. Green is also associated with money, good luck, health, envy or jealousy, and environmental consciousness. Green can imply physical disease in some circumstances, as the phrase “becoming green” indicates.

Green was employed in ancient mythology to represent both the fertility of the earth and the fertility of women. Research has revealed that the colour green can also promote creativity. Green has even been shown to increase reading abilities. In one study, a green light atmosphere boosted participants’ reading capacity, whereas a red light setting decreased reading ability.

Shades of green present in nature may help us feel at ease in a new environment. As a result, designers frequently use the colour green in public places such as restaurants and hotels.

In one study, participants who exercised indoors while watching a video of the outside area with a green overlay experienced a “green workout effect.”
They reported less mood disruption and less felt exertion while watching the same film with a red or grey overlay.

Green’s soothing qualities could be attributed to its links with nature, which many people find restful and invigorating. Some academics believe that our positive association with green is “hard-wired” in our brains as a result of evolution; early people understood that green in nature implies a location with food, water, and shelter.

Because green is so closely associated with nature, we may be more likely to interpret something green as healthy and natural, even if it isn’t.

For example, one study discovered that consumers were more likely to regard a green-labelled candy bar to be a healthier alternative than a red-labelled candy bar, even when the nutrition of the two bars was the same (Green Aesthetic).

This could be due to cultural influences on red and green perceptions. For example, the colour red is frequently linked with danger (as in a stoplight), but the colour green suggests that a situation is safe (a green light). Participants in the study also identified failure-related words with the colour red and success-related words with the colour green. This could be another cultural effect at work, as green is frequently linked with financial success—in fact, money is green. Green is also regarded to have an effect on our creativity. People’s creativity is likely to rise when they are surrounded by green plants and have access to green vistas of nature, according to research (Green Aesthetic).

Color has been shown to affect not just our emotions, but also our memories. In one study, participants were given a list of emotionally charged terms written in different colours.

The group participants were then asked to recollect specific words. They were more likely to recall pleasant words written in green, prompting researchers to believe that green had more positive emotional overtones. As a result, when it comes to recalling information, the colour green may offer us an optimistic bias. The colour green is frequently connected with Irish culture, St. Patrick’s Day, and good fortune. Surprisingly, one study discovered that the colour green may indeed be a good luck charm. Participants who were exposed to the colour green felt more hopeful and had less fear of failing (Green Aesthetic).

Green is connected with happy emotions, yet it can also suggest jealously or envy. You’ve most likely heard the phrase “green with envy.” There are several possibilities as to where this statement originated (Green Aesthetic).

Because green is strongly connected with nature, it is frequently described as a natural, fresh, and relaxing colour. It is crucial to remember, however, that all reactions to colour are influenced by societal factors as well as individual experiences.

Take a moment the next time you see the colour green, whether it’s in a room, a picture, or an outdoor setting, to explore the emotions and moods that it tends to elicit.

Also Read: Do cats have periods | Which is the best relationship in the world | Centre Of Attraction | Green Aesthetic on Pinterest