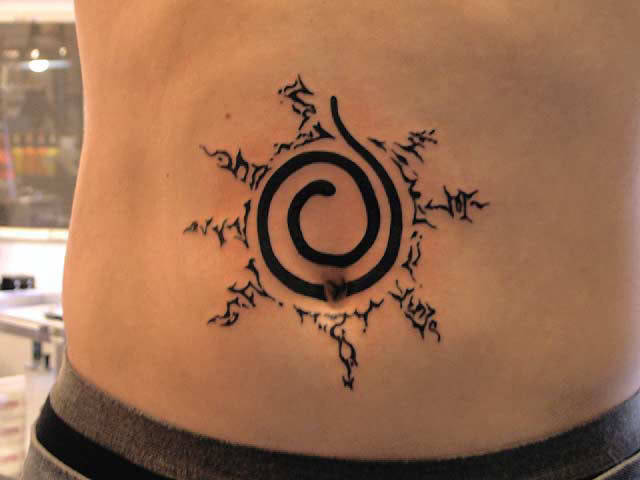 Since youth, anime has been a poignant impact in many men’s lives, from Death Note to Gundams, Cowboy Bebop to Naruto and Pokemon, to Kiki’s Delivery Service, and everything in between (Anime Tattoos). These series’ occasionally visionary, philosophical messages aren’t as prevalent in other types of media. These messages are ideal for fantastic, symbolic tattoos because of the powerful picture that goes along with them.

Certain symbols from a touching manga can, of course, have a far deeper personal meaning for the more committed anime fan. As a result, these images help to personalise the meaning of the tattoo. A Geass, for example, could serve as a reminder of your life’s metaphorical aim.

Goku and Dragon Ball Z inspired: anime tattoos ultimate Goku and Dragon Ball Z fan would love to acquire a tattoo replica of this anime character. In terms of composition, colour, and style, it’s one of the coolest whole back tattoos. The tattoo artist achieves the vitality, vibrancy, and exaggeration of an anime character’s facial features, especially the wide round eyes, thick dark brows, button nose, and massive ear to compliment the long hair. Because of the dragon details in the background, which precisely complement the colour tones of the closed fist lifted in the air, it appears larger than life.

Kakashi Hatake inspired tattoo especially in the watercolour technique is actually trending these days. This version of the popular anime has a more subdued look. The primary character is defined in fine lines but shaded to add contrast and depth, making him appear more genuine. There are no edges in the backdrop, simply shading and shadows. Kakashi is immediately identifiable due to a number of distinguishing features, including his face mask and his hair, which is distinct in colour, texture, and style.

Alphonse, with his forearm tattooed in full metal gear. The colour scheme of this anime tattoo is beautiful. The blue-grey tones are amplified to bring out the metal finish that the visitor should notice when looking at this piece. Because Alphonse is a well-known character in the anime world, the artist’s version must be as well (Anime Tattoos). Its shading is thorough and clever, using contrast to provide depth and definition and create a more lifelike tattoo.

This is a fantastic new school anime tattoo style. Super Saiyan, Goku’s powerful version, is inked in full colourful and brilliant hues. It’s lined, but it’s also shaded with contour and highlights to give it more depth and complexity. The character’s increased vitality and physical tone, as well as his accentuated facial features, were depicted by the artist. This is the kind of sticker you’d want on your arm.

A Kakashi portrait was done in the realism tattooing technique. As depicted by the artist, this is his classic pose. His ash grey hair was drawn with volume and structure.

Because he wears a custom and stylish mask that hides half of his face, he exudes a mysterious aura. Congratulations to his glam anime artist; his character was beautifully styled (Anime Tattoos). And, in classic anime tradition, this image has a building tale that makes you want to keep watching to see what happens next.

A range of lovely hues from tones of cold blue to the hot and fiery colours of a raging fire gives form and personality to this cool and seductive silhouette of a female anime character. This charming figure holding a couple of samurais was given a harsh tone with the addition of black for depth.

A black and grey comic book inspired illustration representing an inner struggle and a tribute to the anime’s most appealing feature to its fans: the plot’s complexity. Although this piece is monochrome, the artist was able to convey the intensity through the drawings by adding details to the facial expression, stylised hair, and shadowing to give contrast.

In black ink with fine lines, an image of anime characters. On the back of this canvas, there are five stunning anime heroines symmetrically scattered. It has the potential to be turned into a fantastic piece shaded in the vibrant hues of the comic book universe.

This Naruto character appears to be well-liked by fans. Kakashi Hatake is easily identified by his sleek and custom-made mask, his forehead protector, which bears the Hatake family emblem, and his extremely powerful eye, the Sharingan eye. Sharingan is a Naruto ability that allows the user to imitate an enemy’s technique by simply looking at it. Kakashi utilises it to create a limited interdimensional space-time rift that allows him to transmit any object to another dimension. This tattoo is in the new school style, with brilliant colours, intense shading and contouring for enhanced depth, and a strong comic vibe (Anime Tattoos).

A samurai with his teeth between his teeth defending himself, a swordsman striving to be the greatest at what he does, and a capable leader in his squad. Rorona Zoro, also known as the “Pirate Hunter” Zoro, is his name. He comes from the parallel reality of the Japanese manga book One Piece. The tattoo itself is largely black and grey with a touch of crimson on the features belt. The illustration is simple, yet it is shaded artistically and deftly to appear three-dimensional rather than flat.

Why you should get this anime tattoo done?

The majority of people associate anime tattoos with Japanese culture in the same way they associate cherry blossoms with the country. Getting an anime tattoo is also a terrific way to express your passion for the medium. Scenes or characters from your favourite series are simply a method of expressing your interest in it.

Is it weird to get Anime Tattoo done?

There’s nothing wrong with it or unusual about it. Consider it this way: a person loves his or her pet so much that he or she gets a tattoo of it.

Do Japanese get this tattoo done?

Anime tattoos are still a small part of Japan’s body art culture, with most studios receiving only one or two requests per year.